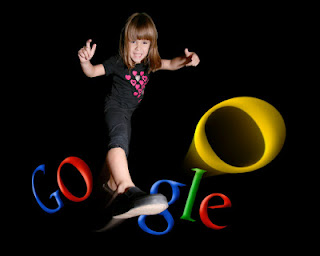 Google is just about to change its privacy policy.  And the consequences are something you need to think about.

I have to be honest and admit I do not know much about this and have always been one to completely ignore warnings about security of information on the Internet...and I never read conditions of use when I sign up to a website. I know, for example, that Facebook collects personal information and sells it but I've made the decision that I can live with that although I am mindful about what I post on Facebook.

My understanding is that Google will be collecting a lot more data about us including all our search histories and use of email. And because Android smartphones run on Google operating systems, that extends Google's reach yet further. When you think about how Google is so much a part of our lives, you realise how much Google knows about us and the power it gives Google. Mike Elgan maintains there is nothing to worry about but other commentators are extremely concerned about the implications.

As I said, I do not pretend to understand much about this. However, the advice I have garnered from various writers is:
The other big piece of advice is to disable your web history in your Google account - for full information on how to do this and why you should do it, go to this article by Eve Galperin: How to Remove Your Google Search History Before Google's New Privacy Policy Takes Effect.

I doubt this will make too much difference to the way I use Google although I have disabled my Google search history for the time being. However, it is never a bad thing to reflect on your use of the internet and keep a track on developments that may affect your privacy and use of information.

I'd love to hear from anyone who is more knowledgeable than me about these matters - what is your take on this move by Google?

Planning my literature review for my EdD 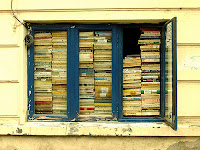 One of the thing I have to do over the next month or so is write a literature review for my EdD of 4,500 words that will be the basis of a chapter for my thesis. Here are some thoughts I have about how I am going to progress this literature review

Research question
Midwives are required to engage with professional development activities in order to keep up to date with research evidence and remain competent in their practice. These requirements are legislated but the framework for how midwives meet these requirements is different from country to country. The Virtual International Day of the Midwife is an annual online conference that is organised and facilitated by a small group of volunteer midwives and educators. It runs for 24 hours on May 5th with the aims of celebrating the International Day of the May and providing an alternative means to face-to-face activities for midwives to learn and meet professional development requirements. However, what is unknown is whether this event facilitates learning; how it facilitates learning and what learning is happening. Thus, the question for my EdD research will be something along the lines of: what is the impact of the Virtual International Day of the Midwife?
How learners learn in the digital age
Professional development for midwives
What do we know about PD in a general sense (for similar professions eg medicine, nursing or teaching)
What we know currently about professional development for midwives
Discussion about the different frameworks, looking at New Zealand, Australia and UK.
Online professional development

Conclusion
What I have learned and how this learning has helped me develop my research questions further.

What do you think I have missed out? Have you come across any key literature that you think I should look at?

As an academic I earn brownie points if people cite my work in their own publications. But it can be very difficult to see who is saying what about my work, so I use a number of strategies to monitor how my research is being used. There are a number of tools and databases that you can use to do this such as the Thomson ISI Web of Science, but many of them are difficult to access unless you work for a university or are a student. So the tool I recommend to people like me who have to do this sort of monitoring is My Citations, which is part of Google Scholar. 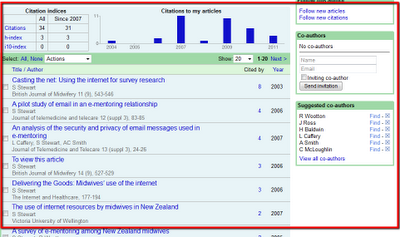 'My Citations' allows me to see how many times I have been cited, where and when. I have found this to be as effective as the university-based software programs if not more successful.  So, for example, an article I wrote in 2003 about using the internet for survey research has been cited eight times, in articles ranging from the use of the internet by students to the attitudes of never married black women....which is quite fascinating.

You could say that a disadvantage of My Citations and Google Scholar is that also picks up non-academic publications but I think that is a good thing because you can give evidence that your work has a wide reach and applicability. Another disadvantage is that it will miss citations in journals that are not accessed by Google Scholar. I have also found that My Citations is not picking up my blog posts that are being referenced in academic journals.

For more information and a very good comparison of Google Scholar and the Thomson ISI Web of Science, have a look at this article by Professor Anne-Wil Harzing: Google Scholar - a new data source for citation analysis. She has also written an article about Publish or Perish, which is another program for checking citations.

Have you used My Citations and Google Scholar? How have you got on with it?

International Day of the Midwife 2012: plans so far. 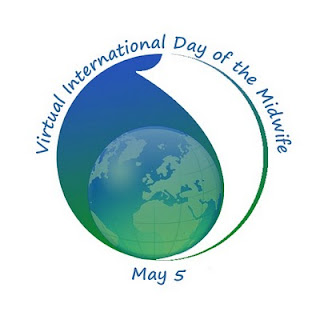 Plans for the 4th Annual Virtual International Day of the Midwife are falling into place. Here are the minutes of our 2012 VIDM committee meeting on February 21st.

The call for speakers has gone out and the close date is the 10th March. The advert for EOI has been sent to the main European midwifery email lists. MIDIRS has featured it on their website (big thanks to them). We are currently using the VIDM wiki to track where advertising has been sent:
Please feel free to send the call for EOI as far and as wide as you can.

2. Speakers
The call for EOI has attracted a number of offers, including people who spoke last year. But we also need to shoulder tap a few “names” to attract people in. If you have any ideas about people to contact, or topics to address, please let me know - I would like to see more presentations addressing clinical issues. Professor Lesley Page has been confirmed to open the VIDM and I am in the throes of organising a Maori welcome from student midwives at the opening session.

3. Technology issues
I am still unsure about how Adobe Connect will perform and have questions that I need to clarify with my organisation. I am also in the process of networking with people who have used Adobe Connect for conferences to get tips and tricks from them. However, Plan B will be to use Elluminate as donated by Lorraine’s institution. We will make our decision by the end of March as to which technology to go with. In the meantime, here is the link to the room I have set up in Adobe Connect that we can go into and practice with.

4. Social media
I am delighted to welcome Sarah Catton, a student volunteer to the committee.  She will help run the Facebook and Twitter accounts. We are planning to keep those accounts running actively now until May. Sarah also has first-hand experience of Adobe Connect as a student midwife so I hope to get her to pass on any tips for us as facilitators.

5. Facilitators
As we have already agreed, we will use the same model of facilitation as last year. We will need 4 master facilitators who are responsible for the general oversight of 6 hour segments. We will also need individual facilitators of each session.  If you know of anyone who would make a good facilitator or would like to volunteer yourself, please let me know, especially for the big 6 hour segments. Once facilitators have agreed they can be added to the wiki program.

Next meeting in March following the close of the EOI.