Social media for midwives - work of the devil or best thing since sliced bread? 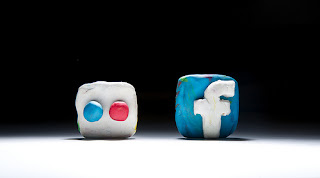 One of the things I have been aiming to do ever since I started my job as Professional Development Officer at the Australian College of Midwives last August, is write a guidance document for midwives around the use of social media. This has become more relevant and urgent as the Australian midwives' regulatory body, the Australian Health Practitioner Regulation Agency, is about to release its social media policy which directs midwives back to professional bodies for in-depth advice and guidance.

I would be delighted to hear what you think of it, and collect any suggestions for how we can improve it.

To be honest, the ACM Guidelines don't really say anything different to what other professional health bodies have said, such as the Royal College of General Practitioners and Royal College of Nursing Australia. We all pretty much say the same thing, and even use the same examples to illustrate a point - the student midwife and the placenta incident in the USA has figured all over the place.
However, what I hope comes over strongly in the ACM Guidelines is that we support social media as a very useful tool to facilitate professional networking and engagement with consumers. But there are professional rules and regulations that midwives have to adhere to.
What do we consider is best practice?
The other thing I wanted to do, was not only present stories of where things have gone wrong, but also to present the other side of the picture, and give examples of best practice...to give midwives ideas about how we can use social media constructively. I would love to hear if you have an example of how you have used social media constructively, either to connect with consumers and other health professionals, or for learning and CPD.

Endorsements and social media
The one aspect that I did struggle with is the advice around endorsements. This is because we do not have clear guidance from AHPRA, and this area is one that we are still feeling our way around. So again, any feedback on this area will be gratefully received. What do you think we should regard as an endorsement? How should we manage this when a consumer posts an "endorsement" on our social media sites? If you are a health consumer, what are your views on what constitutes an endorsement? How do you use social media to give feedback to your midwife?

Finally, I'd like to thank Carolyn Hastie who was the co-author of this Guidance paper.