Every year I reflect on the digital tools that support my online learning. There often isn't a huge difference but it has been interesting to track what I have found to be useful and what I have tried and dropped. 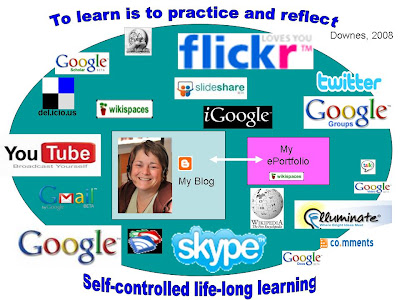 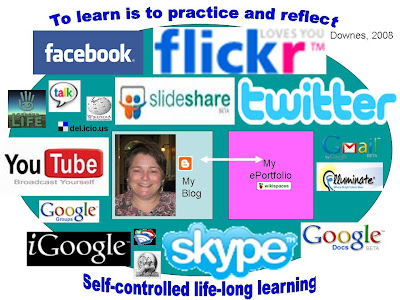 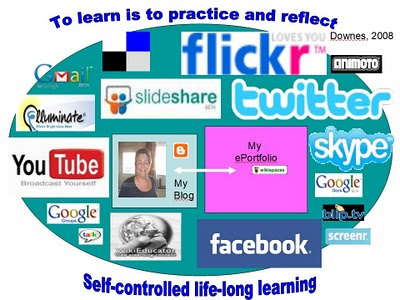 My PLE in 2011
The main difference I see this year is that the number of tools I am using has reduced even more. Facebook has increased in significance because not only am I using it for the Virtual Intentional Day of the Midwife, but I also use it a lot for teaching my undergraduate midwifery students, and also to share my own information. 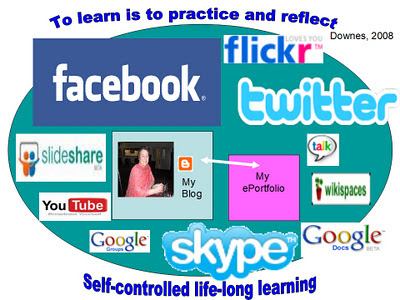 Although I haven't posted as frequently as I usually do, my blog continues to be at the hub of my PLE. My ePortfolio has been less important to me this year although it has been an invaluable support as I have collated my PBRF portfolio. Wikieducator has been dropped in favour of Wikispaces because I find it easier to use. I no longer use iGoogle but I do still use Gmail and Google Groups. Google Documents has been a little hit and miss this year because there has been a lot of tampering with it, and I feel it's lost the simplicity that made it so easy to work with last year. Delicious has dropped from view because it no longer integrates with Firefox, which is a shame because I liked to use it as a simple form of ePortfolio. Elluminate has also dropped off  and I expect you'll see Adobe Connect figure next year as we are moving to that virtual classroom at Otago Polytechnic, although I am yet to come to terms with it. Second Life has not figured at all but I have a funny feeling that it will pop up again in the next year or two because there is still a lot of interest in virtual worlds for midwifery education bubbling up under the surface.

So the message this year is...if it isn't simple and intuitive to use, then I won't be engaging with it!

What tool is an essential part of your PLE this year?

Fabulous reflection on your personal technology configuration. I should do an update of the one I did a few years ago. I too, have seen shifts!

Thanks Sarah, this is a great post. I used to use Delicious all the time, and have abandoned it for the same reasons. As you say...simple is good.
I have been using diagramly.com a lot lately for simple models and concepts. Free and easy to use. Also Freemind as I love mindmaps.

Hi Nancy, I'd love to hear how you think your use of technology has changed...let me know when you write that post :)

Hello Starpath, I was told by someone the other day that there is now a Delicious add-on for Firefox 8 so hopefully that will get me back into bookmarking again...try it, and let me know how you go :)

Hi Sarah, I have found a similar trend in my use of Social Media :)
Cheers, Anita

That's interesting Anita. I guess there is research out there about trends in use of social media etc...I wonder what the latest trends are...if we fit or are slightly different?