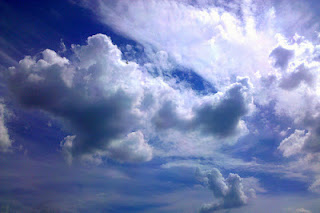 Most of the time I live in a cloud of social media harmony and love, and for the most part manage to avoid controversies, finding sites like Twitter and Facebook to be very helpful and friendly. But Facebook has its feral side, which I was introduced to, not so very long ago. Even more upsetting was...there was nothing I could do about it.

It started when I saw a really funny image, making fun of Dunedin (where I used to live) on a Facebook page that was obviously trying to launch a satire of Dunedin. I had a look at the site and had a laugh at some of the images. But then I recognised photos of some local characters who have mental health issues. The person behind the site was using images of people with mental health problems and very cruelly making fun of them in an attempt to go "viral". When I complained to the page administrator, I got the usual response - if you don't like it, don't visit our page! What I was very concerned about was that these photos were of people who could not speak for themselves or have a voice to reply.

I complained to Facebook, but the response was that they were not able to confirm that the specific page violated Facebook's Statement of Rights and Responsibilities.

The next step I took was to complain to the Netsafe, which is a New Zealand organization that deals with cyber-bullying and other such issues. But the answer was there was nothing they could do - it was only Facebook that could act.

The irony is that Facebook gets its knickers in a twist about pictures of breastfeeding mothers, yet when real bullying and exploitation happens they do nothing and hide behind a statement that actually is very difficult to enact.

But what saddened me most was the "supportive" comments from people who saw nothing wrong in exploiting vulnerable members of our society for a cheap laugh on Facebook.
at May 26, 2013

It is incredibly sad that Facebook cannot act. I think that you should escalate this and set up a petition and contact the Mayor of Dunedin surely he would be interested that his people are being used in this way?

Wouldn't the MP for Dunedin be interested as well?

Like the idea of contacting the mayor. He might not be able to do anything but at least it would raise his awareness. Thanks Pam.

Yes Sarah important to remember that whilst my experience of social media is mostly positive there are some very unpleasant people around both face to face and in social media.

I feel a tad embarrassed about how naive I have been, Helen :(