Six things Twitter has done for me in the last year 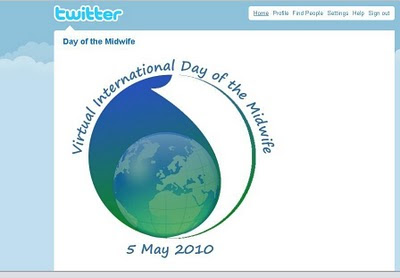 I am giving a talk about the joys of Twitter in three weeks time as part of a professional development day for the staff of Otago Polytechnic. As part of my preparation, I thought I'd reflect on how I have been using Twitter, and the benefits I have found over the last twelve month. So here's six (random) examples of how I have used Twitter.

1. Personal and social support whilst living in Australia
I received a tremendous amount of personal, social support when I was living in Brisbane for six months away from my family in New Zealand. I felt very alone and homesick at time, but the conversation, advice and good humor provided by my Twitter friends kept me going. An added bonus was that I was able to meet a number of these wonderful people face-to-face during my time in Australia.

2. Development and facilitation of the Virtual International Day of the Midwife
One of my ongoing projects is the Virtual International Day of the Midwife which I facilitated last year and have just started the planning for this year. Twitter allowed (is allowing) me to get instant feedback and advice while I was planning details, and disseminate information about the activities. The other thing it allowed me to do was instantly access people with the ability to help me solve technical problems. In particular, I had some problems with the virtual classroom we were using, and was unable to access the support staff at the weekend. Via Twitter, I was able to get instant hold of Jo and Phil Hart who worked virtually with me to solve my technical problems....at a drop of a hat. I would have been very hard pushed to have found that sort of instant help, at the weekend, in other environments.

3. Invitations to speak at workshops and carry out research
I use Twitter to tell people about my academic work. As a result of my conversations, I have been asked to speak at several workshops and study days including the Edna workshop in Brisbane last year, where I talked to teachers about using social media in education. I have also be invited to join a collaborative, international research project which I am currently working on.

4. Development of a social and professional network in Dunedin, the place where I live
You wouldn't think I would need help to make friends in the place where I live, would you? The irony is that I developed a social network of friends and contacts in Dunedin while I was living in Brisbane last year. This social networking on Twitter has led to a number of face-to-face meetings and social gatherings in Dunedin since I came home. I have a far stronger feeling of belonging to Dunedin than I ever had before Twitter. This local networking has also opened doors to professional contacts that will be useful to me in my new job at the Otago Polytechnic Educational Development Centre.

6. Gardening advice
My current hobby is developing my little urban garden. Most of the web sites I have found have been about gardening in the northern hemisphere. So it has been really helpful to be able to get information and advice about gardening that is specific to New Zealand and Dunedin. In particular, I have been able to get consolation from my gardening network about the effect of the terrible summer weather we have been having on my veggies :(

Third attempt! I am exploring the possibility of use of Twitter with Hashtags for short notice information relating to course changes at Wintec base. Love the Waikato idea though... http://m.waikato.ac.nz/about/

Thanks for this post Sarah, and sorry I mucked up my retweet today inferring you had no friends on google wave!

I am quite new at using twitter to try to build networks, and I would love to know how you found the best followers or people to follow, and how you built up separate networks (as exemplified in your post above) so quickly?

I too am trying to promote both my academic work and research in online learning and teaching, and my department COFA Online through social media, and while I am getting there slowly, I feel I am missing some of the more relevant groups in twitter.

@Hilary Let me know how you get on. I think it will work sending messages to students but I wouldn't expect them to message back cos it will use up their precious credit.

@Simon I'll be honest - it took me some time to build a decent network. Have a look at articles about Twitter at Mashable.com

Here's my 3 quick tips for building a network.

2. Tweet regularly = post useful & interesting info & also a little personal info that gives allows us get a sense of who you are on a personal level

My other thought is: I am not sure how clear your profile is. I thought you were a company & nearly didn't follow you. It was the fact you contacted me that made me decide to follow you :)