My urban garden 2009: success and failures

It's spring here in New Zealand and those of us with gardens are out and about planning for the coming year. But before I can think about this year, I really have to reflect back on what worked and what did not work last season.

Successes
I had great fun growing cauliflower and broccoli amongst the rose bushes and in the 4 foot square garden that I have at the side of my house. They were by far my most successful veggie. The broccoli was fantastic because they kept growing even after I picked a few shoots. The only snag was...when I froze the broccoli, all the little green shoots broke off which just left me with big stems. So I don't think I'll try freezing them again. 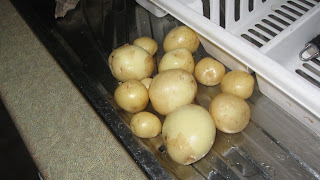 The only tomatoes that did well last year (because we had terrible weather in December and January) were Sweet 100 which grew like weeds, but only once I brought them inside our little porch-way. 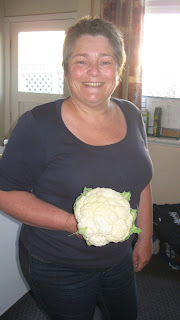 I also grew a nice zucchini crop in a pot, which did really well in a warm corner around the back of the house.

Failures
I experimented with growing potatoes in bags which didn't do as well as I would have liked. I got about a meal and a half from 4 seed potatoes in a 40 litre bag which just was not cost effective. Whilst they tasted absolutely delicious and were great fun to grow and harvest, this is not something I am going to try again.

I grew some very nice tasting apple cucumbers, but they came very late in the season. I also grew some mini marrows which rotted before they could be eaten, and when we tried eating them, they tasted horribly sour. The few cabbages I grew got eaten by caterpillars. I didn't do very well with strawberries, with just one or two worth eating. And as for rhubarb...I can't grow it for love nor money.

What I really need is a little garden I could borrow from someone so that I can really get stuck in, instead of mucking about with pots. I'll have to ask around locally to see if anyone has a small garden they would let me use for growing veggies.
at October 02, 2010

Email ThisBlogThis!Share to TwitterShare to FacebookShare to Pinterest
Labels: sustainability