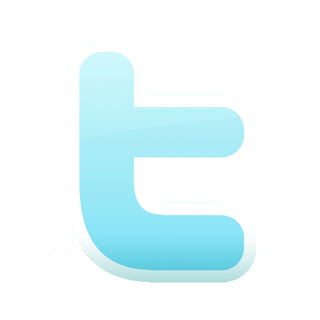 A couple of days ago I was asked by an educator in the course Facilitating Online (that I am facilitating) about how Twitter can be used in education. Herve asked

"Could you please enlight me about the use of Twitter in education? I am not a user as I am failing to see the point of it."

Here’s a few ideas about how Twitter can be used for both personal learning and as a teaching tool.

Twitter is a synchronous communication tool. It allows you to send instant messages to more than one person, using no more than 140 characters in a message. Following Twitter via the Twitter web page is clunky and give you no real appreciation what you can achieve. The best way to receive and send message is through one of the numerous tools that allows you to read messages as soon as they are posted. This gives an immediacy to interactions – you get instant help, advice and information.

How to follow Twitter
I use TwitterFox (now Echofon) which is an add-on that is embedded into Firefox, which is an Internet browser. Every time a message is posted, I see it as a pop-up. The other popular tool for monitoring Twitter is Tweetdeck. This is a tool that is downloaded onto your computer. Not only can you read tweets as they are posted, you can also group and categorize them so that you follow a particular topic. Here's information about the numerous Twitter tools that are available. The best thing I can suggest is to have a play and experiment to see what suits you and your students best, keeping in mind that educational institutions will block access to some tools.

Twitter and cell phones
One of the advantages Twitter has over other instant messaging services is that it can be used on your cell phone. This is a particular advantage when you are working with students who do not have regular access to the Internet. I'm not the person to ask about this because I do not use Twitter via cell phone but if you have a look on the Internet you will see plenty of people talking about how to do it.

How you can use Twitter for personal learning
Twitter is an incredibly powerful tool for making connections with people who then become part of your personal learning network. Thus, Twitter can used for:
Using Twitter as a teaching tool
I have to admit I haven't used Twitter very much in my role as teacher but here are a few ideas I have seen other people play with.
Some more ideas
Here are a few places to go for more information about Twitter and how to use it in education.
How do you use Twitter for personal learning and teaching? What tips would you pass on to teachers who are trying to get their head around Twitter?

Hi Sarah, I've just written a "How to teach with ... Twitter" which people may find useful. It's the first of a How to teach with... series I plan to write. http://cooper-taylor.com/blog/2009/10/how-to-teach-with-twitter/

This is most useful. I will get through all the suggested reading.

Herve; I don't want to distract you from your 'official' work for Facilitating Online...it can wait :)

twitter is a nice tool that you can use for elearning... thank you for this post... and carol too... :D

Nice summary Sarah (and Carol too!). I've been collecting some Twitter for Education links on Delicious using the twitter4ed tag - others may want to browse the list for other teaching related articles/sites there. http://delicious.com/tag/twitter4ed. I notice a couple of other people are using the same tag.

Thanks David. As a matter of interest, do you find people are using Delicious as much as they were 12-18 months ago or would you say Twitter has replaced it to some degree?

I think people are using it in a different way. Yes twitter is a good way to broadcast links, but no good as a selective repository.

At #eTLC09 Joyce Seitzinger (@catspyjamasnz) had a nice analogy in her presentation on PLN's - twitter is the casual conversation in the staffroom; RSS/Blogs etc is your personal newspaper/magazine collated in your RSS reader/igoogle; delicious as your filing cabinet for the articles you've "ripped out" of your magazine.

Still experimenting with this stuff myself - dabbled with google notebook b4 it died & will have a play with diggo, evernote, zotero as other ways to collect a detailed personal library - the level beyond delicious?

What tools do you use Sarah?

David: That sounds a great analogy from Joyce. I use a similar analogy about my PLE - I compare it to my baking: My PLE 2009 - which answers your question about what tools I use.

I'm on twitter, but i dont really "get it". I love facebook and blogging of course but I really don't see the point of twitter although I do tweet just so not to be left out.
I;m I doing it incorrectly do you think?

I would say there are 2 things to do:

firstly, make sure you are using a tool that allows you to see tweets synchronously - that way you benefit from the immediacy of communication;

secondly, expand your network - follow a few more people - there are a lot of people on Twitter interested in birth using Twitter, especially in Australia. I think it could be a useful tool for your campaigning for women's birthing rights in Oz.

Shame on me: first time I've spotted this - great post. I'll encourage some of my academic collegues to read it.