The ups and downs of being a twitcher 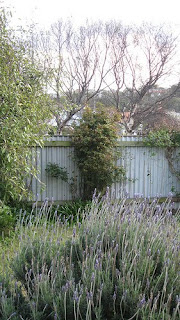 I am thrilled to report a happy ending to a story that a few days ago was looking extremely tragic.

Babies
About three weeks ago, I was very excited to find that a family of blackbirds was nesting in one of the rose bushes in our small garden. My husband reckoned there were about four babies in the nest. I spent the next ten days watching the mum and dad going back and forth feeding the babies. I started to feel that the dad and I had a relationship - he would sit in the kowhai tree next to the drive and watch me as I came home from work...I even started talking to him and telling him about my day...and asking him how the chicks were!

Tragedy
Last Thursday I came home from work and had a quick peek at the nest and found it empty....with no sign of any chicks....and no sign of mum and dad. At first I thought the chicks had fledged but a friend at work told me they take two months to fly away from the nest, and these chicks had only been around for about ten days. So I was gutted...my worse fears had become reality....the chicks had been eaten by something! 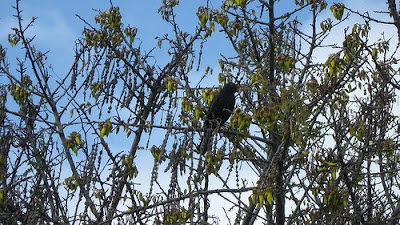 Ups and downs
The whole weekend was a roller coaster of high hopes and disappointment. On the one hand, there was no sign of any struggle that the chicks may have had with a predator...no dead bodies or feathers scattered around the place. Also, I found out (thanks to Mr Wikipedia) that blackbird chicks can fledge between 10 - 19 days which would fit the time frame of our chicks. But on the negative side, I saw dad flitting around the place and calling, but no sign of the fledglings, or of him feeding them. 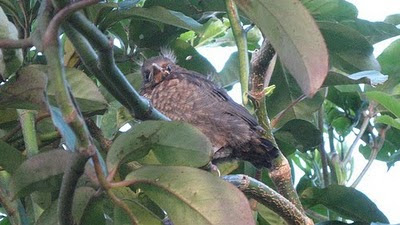 Happy news
By the end of the weekend I had come to terms with the unhappy outcome, and decided that my new career as a twitcher was just too traumatic to pursue. But yesterday I went to get in the car...and sitting in the kowhai was a big, fat, fluffy blackbird chick being fed by his dad. I do not know what has happened to the other chicks, but at least one of them has survived and is thriving.

Now I am back to watching the nest to see if the parents have another clutch of eggs. I am just hoping I can survive the emotional stress of it all!
at October 20, 2010

Hi Sarah
You are a living inspiration and I love you tragic stories about birds and lettuces.
I'm too busy in my big garden to blog it properly but think there's a gap in the literature for garden lore. I've been talking to some old gardeners and they have tips and tricks to offer that need to be documented. Hmmm...
Take care of Bruce the Brussels Sprout.

Do you think I could grow the brussel in a pot..and if so, how big should it be?