The pros and cons of Yammer 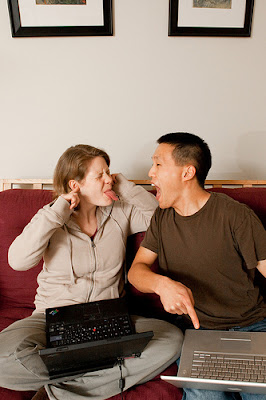 I have just been introduced to another social networking tool called Yammer. It is a cross between Twitter And Facebook. What makes it interesting is it is set up to be used as a private space for companies and institutions as opposed to Twitter and Facebook which is open to the whole world. It is currently being introduced to Otago Polytechnic, where I work as an educational facilitator. But I am left with mixed feelings about it.

On the one hand, I like the idea of a social media tool that brings people together within a company or institution. Despite the fact OP is a small educational institution and is pretty much based on one campus, I have heard staff say often that they do not know what everyone else is doing. And there is not enough sharing of ideas and resources within the organization. I think Yammer provides a way of bridging that gap and has the potential of bringing people together in virtual communities of practice. I can see this being even more beneficial to organizations like my other boss, Griffith University, which is a huge university with many departments and campuses spread out all over Queensland.

The other advantage is that it is a "safe" and "gentle" introduction to social media and social networking. People get very nervous about putting themselves "out there" so it is not so much of a risk if your audience is just within your organization. So it is a relatively safe place to play and get your head around social networking.

I am an established user of Facebook and Twitter and am finding Yammer yet another tool to engage with, so I'm not too fussed about having my "work load" increased. I have seen internal virtual communities come and go, and I am not convinced that this will be any different. There will be a small core of people doing all the talking....a bigger number of people who lurk....and the rest will say they haven't got time to read all the posts and discussions. For me, the verdict is out on how effective Yammer will be.

Do you use Yammer in your organization? How effective has it been for internal communication and collaboration? What are your thoughts about it?

I am giving WikiEducator training to students of http://en.wikipedia.org/wiki/Model_Technical_Higher_Secondary_School,_Kaloor
I can use Yammer to teach them on Social Networking :-)

I have linked your blog at: http://en.wikipedia.org/wiki/Model_Technical_Higher_Secondary_School,_Kaloor

Hi Sebastain, I've just joined Yammer at Griffith University so it will be interesting to see how the two different institutions use it.

I have intro Yammer & a few of us use it intermittently. I inro'ed it for reasons you mention. For me it definitely is not a substitue for Twitter.

However from the organisational context I can see it as a great tool for sharing "corporate" knowledge. My TAFE Inst (CY O'Connor Inst in WA - Australia) is spread across several regional campuses & with many lecturers traveling huge distances each week. I see Yammer as a good way of tapping into corporate knowledge wherever we are. If many of us use it (which we don't yet) we can ask & get answers to org related q's that might not be appropriate to share more widely.

Will be so intersted in how it goes from your perspective - definitely experiences to share I think.

PS I have just introduced some colleagues to Twitter :)

Hi Jo, Thanks for your comment. So far at Otago Poly, something like 10% on Yammer make over 60% of the comments, which sounds about right in terms on online engagement. I'll be interested to see if that increases over the next few months.

I'm off on AL for the next 2 weeks so you won't see anything of me on Twitter. Look forward to catching up with how things are going with your colleagues when I get back. Tell them I am not usually so quiet on Twitter :)

Hi Sarah, since I have returned to work (from 18 months of maternity leave) I have started using Yammer. I work in the insurance industry and in many corporate settings the use of Twitter and Facebook are 'outlawed'. While Yammer is not a replacement for either of these it is certainly a good introduction, in a safe and insular environment, for those who are new to social media and the possibilities it offers for learning and sharing. I'm and advocate for it!

Have you seen the video testimonial from Peter Williams from 'Deloitte digital AU'? I used this to try to sell Yammer as a tool to my colleagues, some still need convincing, but one group took it on and use it to share hints and tips about their policies and processes which has reduced emails, that can only be a good thing.

Can someone provide an update on your experience, please. These entries are all from 2011...it's now 2016 and I'd like to know your thoughts now that you've used it a few years.

Hello Rose, no, haven't used Yammer for years and to be honest, my experience of it was never that positive. I use Facebook, and use closed, private groups for work-related, sensitive topics. Sarah