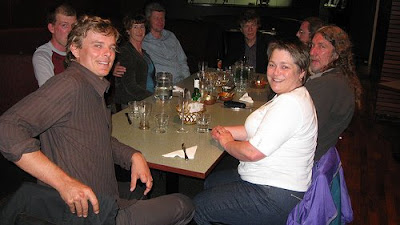 Earlier in December I attended three days of SLENZ workshops that aimed to put substance to the proposal for a virtual birth unit in Second Life that Deborah Davis and I have had accepted. Up to then, I had a vague idea of how the birth unit could be used in midwifery education but didn't really know how it would look and the practicalities of its development.

Working together
The process of working together was very interesting. The SLENZ group is made up of educators, Second Life experts and developers, and of course we all have our own opinions about things. But following much discussion we came to agreement - it was a great example of how people can negotiate a diversity of opinions and professional knowledge.

I especially valued Leigh Blackall's caution about how this project can incorporate students who do not have access to the broadband width or computers that support Second Life. I have also been thinking a lot about a comment John Waugh made to me - he maintains I need to immerse myself in Second Life. I do not agree, especially as Second Life is not my favorite web 2.0 networking tool. I believe I need the skills to be able to mentor students and health professionals in Second Life, but I do not have the time or inclination to spend hours and hours becoming the Second Life guru that John is. 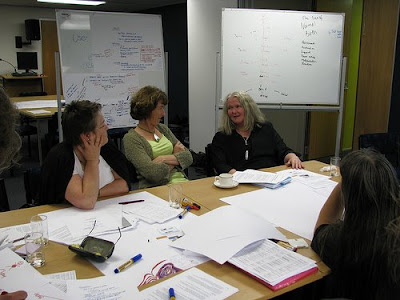 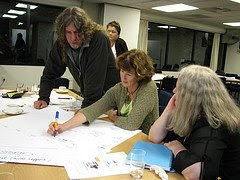 Stage Two
Stage Three
If Stages Two and Three do not eventuate, at least the birth unit will have been developed. Also need to keep in mind the needs of the other schools of midwifery who we will invite to test the unit - their time frames will not be the same as ours at Otago and Christchurch.

User story
I have developed the initial user story based around the decision points in labour that are advocated by the New Zealand College of Midwives. 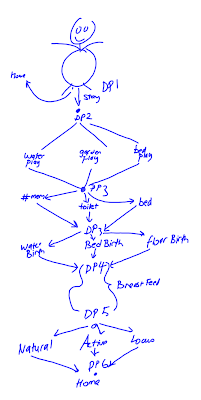 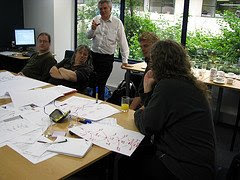 Great photos linked in here to the Slenz group Sarah. I know the names and what they do, really interesting to see them in real life here.