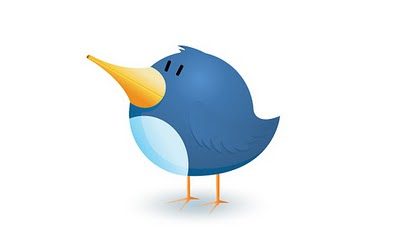 I have just had an email asking me this question about Twitter:

How do I attract the people that I want to communicate with – even those who are presently unknown to me? I know that I have followers but how do I tweet to them?

Here are a few suggestions from my own experience of using Twitter.

1. Send regular messages, otherwise known as 'tweets'
You can't expect people to talk to you if you do not talk to them. It's like being at a party - if you want to be part of the fun, you have to go up to people and start a conversation. You don't want to overwhelm people with hundreds of tweets every day, but I would suggest you aim for at least a couple of tweets per day. I am less likely to follow someone if I see they interact infrequently.

2. Be friendly and open
Always reply to people when they send you a message, especially when you are building up your network.

3. Don't be shy
Be prepared to introduce yourself to people and explain who you are, why you are following them and start up a conversation. Some people will not respond, so don't be put off by that.

4. Think about carefully about your Twitter name
Whatever name you use, make sure it fits with your 'brand'...in other words how you want to be known online. If you want to build a professional network, it's probably not a good idea to call yourself "sexykittonkisses" or similar. Think about how you hook people into your Twitter stream when they first hear from you - if you use a really obscure name, you may put people off following you because they don't understand who you are.

5. Make sure your profile explains who you are
This is especially important if you wish to develop a professional network. People need to know why they should follow you. They will also want to make sure you are a legitimate person, not a spammer or marketing company.

6. Follow people who have an established following on Twitter
By doing this, you will get more of a sense of how to develop a network and see who are useful and interesting people to interact with.

Having said that, be mindful that some people have huge numbers of followers because of who they are as opposed to what they say on Twitter. For example, I used to follow Willam Shatner who has over 150,000 followers because I wanted to keep up with what he was doing and thinking (I just LOVE him!). But I stopped following him when I realized he doesn't send out tweets very often - I didn't feel connected to him.... (I'll just have to figure out another way to stalk him!!)

8. Be helpful
If I have time and am able to help, I always respond to calls for advice and support. I find that what goes round, comes round on Twitter - in other words, if I help people, they are willing to help me.

9. Tailor your message to your network
If you are trying to build a network, have a think about who you want to attract. It's no good expecting to engage with educators if all you do is tweet about gardening.

10. Use key words
People search and follow themes and key words. So if you want followers who have an interest in gardening, use 'gardening' words in your messages that can be found in search engines. I happened to mention once that I was learning how to play Poker, and within minutes was being followed by people who obviously had an interest in Poker.

11. Don't be afraid to add personal touches to your messages
You don't want to bore everyone with details of your mundane life. At the same time, I think it is useful to tweet about your personal life at times - it gives your followers the chance to get to know you better and connect with you on another level.

12. Be prepared to put in time and effort to build your network and community
I am a firm believer that you get out of Twitter what you put in.

Resources
If you are interested in knowing more, have a look at these resources:
Do you have any other advice to pass on about how to build a network or community on Twitter? Do you have any resources you can pass on to Twitter newbies?

you mean followed by keyword bots? I get about a dozen a day, on average, more if I swear (which I do, often).

I'd add two more. Firstly, a minor one. Upload a userpic - people do frequently look at pic before name when identifying peeps on twitter

More importantly - ask questions! Even if its just a "thoughts?" Asking a question (according to the linguistic rules we all use) invokes a space for a response.

That's a great tip, Erika - thanks.

Sometime I make a statement that I know is controversial to get conversation going - but I have got into trouble doing that, so you have to be a bit careful.

thanks Sarah for this blog... I have not been really into tweeting, mainly because I do not understand how to respond to a tweet... and secondly...time is a big factor for me... but will have another go at it....cheers

Time isn't a problem with Twitter - that is the beauty of it - but to really appreciate it I would use it with a tool like Tweetdeck or Echofon. If you're a great user of mobile phones, use it on that.

Here is a great post about how to use Twitter as a company or institution - 7 Secrets to Tweeting Your Corporate Culture.

Off to ask a question :)

I was searching for somebody i can ask my doubts of communicating,Your blog seems to be a right place

I'm interested forever in education and I notice you are-so I feel connected..also you are a Kiwi-I had a very good friend/colleague from Patea, NZ-we taught together and supported each other as bachelor teachers-early '70s