Global shut down of home birth 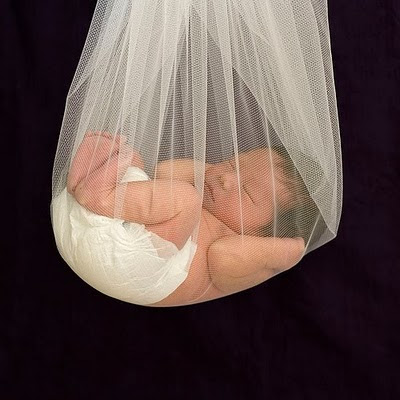 It seems to me that there is a global movement to shut down homebirth. In Australia midwives are finding it virtually impossible to practice as a homebirth midwife because of lack of funding and draconian statutory requirements for independent midwives. In Hungry, a homebirth midwife Agnes Gereb has been imprisoned for her practice. In Ireland, a law has just been passed that has made it virtually impossible for women to have homebirth. Even Holland, where homebirth has been shown to be a safe, viable option is undergoing a damaging media campaign, in other words, using flawed research to make assumptions that have scientific inaccuracies.

Why should we care?

Because women's rights around birth are being eroded and credible research that supports homebirth or at the very least questions the safety of birthing in hospitals, is being ignored.

If women have their ability to have a homebirth supported by a skilled midwife taken away from them, what is likely to be the knock-on effects? So I ask again...why should we care?

With regards to the Dutch study, have you seen the replies of the authors to the criticism of de Jong? What do you think is the explanation for high perinatal mortality is in the Netherlands?

They are quite clear that they are not anti-home birth but are instead trying to investigate obstetric care in the Netherlands. Surely not to do this would be apalling.

Here in the UK there is a push for an increase in home births, so we appear to be bucking the trend.
This is being done with no improvement in resouces so, and I hate to say this, I feel that while home birth may be fantastic or a small minority they are bad news for the majority and so should be halted until the system has been improved.

We should care because anything that restricts womens reproductive freedom is a bad thing.
My body, my choice.

I didn't know about the Irish bill - there are bigger things in the news right now, and most people's image of birth here is of hospital birth (consultant-led, for preference, to show you can afford it) so I imagine very few people do care. But I care. I don't think homebirth is a luxury: it's a *safer* way of care for low-risk births, less likely to result in a cascade of intervention, that brings a baby into his/her own home rather than a noisy, bright hospital ward.

This said, the bill is specifically aimed, from what I can see, at regulating independent practice. It's an attack on midwifery autonomy in its proposal to apply mechanical protocols instead of professional judgement, but the Community Midwives who attended me at the birth of my second son would presumably continue to operate much as they do (they have fairly restrictive criteria, but I was lucky enough to meet them).

Anyway, thanks for flagging this up. I have signed the petition and will send it to my friends.

Thanks everyone for leaving your comments.

@Anne Marie I am always for investigating the way we do thinks and am 100% behind evidence-based practice. What irritates me (and we all do it) is the way midwives & doctors pick & choose their research to suit their own political needs.

@midwifemuse Homebirth is not an answer for shortages of staff. It takes considerable time to work with a woman beforehand and monitor her progress so you know homebirth is an appropriate option. And then you need two midwives at a birth.

I think its great that homebirth is growing in the UK, but I would not do it as a midwife if I thought I did not have the appropriate back-up in resources etc.

@Fleur Thanks Fleur. I totally agree. But how can women and midwives work together in places where midwives cannot get insurance to practice or do not have the resources to support homebirth?

@Dot Let me know how things go...would love to hear your perspective as a health consumer living in Ireland.

Hi Sarah,
I only got to check back now. I'm still not clear about what you think is wrong with the Dutch study. I'm sure you keep up with this literature much better than me. This studty first came to my attention through Richard lehman's blog, and he didn't raise any criticisms of the nature of the evidence. You linked to a comment on the study which was critical but the authors have came back and responded again. Do you think that the critics are right and the authors wrong?
I hope you don't mind me pursuing this. I think calling research flawed is a pretty big deal.