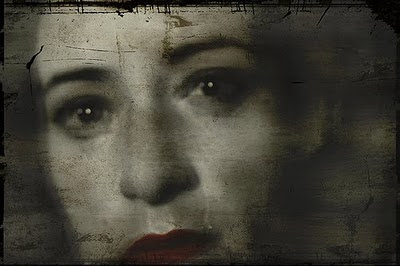 I have just heard about this legal move in Venezuela from Jane Sandall on the Midwifery Research email group, that makes "obstetric violence" an action that midwives and doctors can be prosecuted for.

Obstetric violence may include:
You may well say..."but that's in Venezuela...that doesn't happen here in New Zealand...or Australia...or the UK!"

I can certainly think of occasions when I would say obstetric violence was inflicted on a woman. If I was traumatised by watching, how on earth would the woman and her family be feeling?!

Wow good find Sarah. Yep obstetric violence definately happens here. How many times have I heard women (including myself) being told by the medical professional 'I just want what's best for your baby', as though the woman doesn't or doesn't know what's best. All in order to convince the woman to do what they want. In my case it was to give IV antibotics to my newborn baby before the blood test even came back. I had requested we wait until then. As intended by the Dr I gave in and my baby had the antibotics 'just in case' and the blood test came back negative! Go Venezula!

Hi Annas, I have definitely seen (and to my shame, been involved in) examples of obstetric violence. Here is a very interesting critique of this concept framed up as "birth rape":

What Feminists Should Know About Birth Rape: http://www.birthactivist.com/2010/11/what-feminists-should-know-about-birth-rape/

Wow! Thank you! I always wanted to write in my site something like that. Can I take part of your post to my blog?

Hello anonymous, all my work is licensed creative commons BY which means you can take my work as long as you attribute it back to me. It would be lovely to know who you are and where your blog is :)

This article would make many OB's actually look at what they consider 'informed consent' and what everyone else does...

Would it? It is very easy to rationalise anything you do as "for the good of the woman". After all...we're living in an age where women are forced to have c/section by law! Forgive my cynicism.

There's a practice called "stretch and sweep" that is being performed on women under the auspice of late pregnancy vaginal examination - a lot of the time without women's permission. Midwives seem to be the culprits, as they figure it may prevent induction if the woman goes over her due date, which leads to the cascade of intervention... I call that rape and it worries me that midwives are thinking they are doing the woman a "favour".

This kind of makes me sad for women here in America. I think most of this is common obstetric practice here. Informed consent is kind of a vague when insurance companies are involved......

"Stretch and sweep" is definitely rape if it is done without a woman's permission. But it is an accepted option to try to prevent induction of labour: http://www.rcm.org.uk/midwives/features/how-to-perform-a-stretch-and-sweep

Yes, women, by and large know best in regard to children. My daughter had her son at home,and will have her next one there shortly. Hospitals are not always the best place, and often "the philosophy" is not good in such places.