Skeletons in the cupboard, women and shame 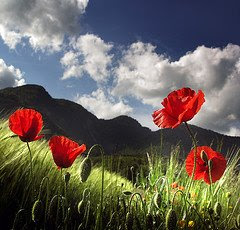 Last night I attended a talk by Professor Barbara Brookes, who is the head of the History Department at Otago University in Dunedin. This event was hosted by the local Zonta group to celebrate International Women's Day.

Professor Brookes put a historical perspective on three aspects of women's life that have brought shame to women and their families and have consequently become skeletons in the cupboard: menstruation, illegitimacy and ....for the life of me, I cannot remember the third element - I think that third glass of free wine I had wiped my memory. Suffice to say, as a midwife, it was the two aforementioned aspects of women's lives that really resonated with me.

What I found particularly interesting to note was how attitudes to menstruation have changed. Now, menstruation is a shameful thing - women do not want people to know they have their 'period'. Commercial products have been developed over the years to conceal all signs of menstruation. But years ago, when fertility was valued, women were much more overt about their menstruation because it signaled to men their ability to breed. So my question would be: what do men value in women now and how do they seek that out? If a woman's fertility is not her' selling point' to men, what is? Her readiness to have a sexual relationship? Her financial state? Or does this only apply to a certain element of society - a woman's fertility is still highly valued in many developing countries.

What was the most fascinating part of the evening for me was talking to my daughter about this issue afterwards. She came with me because she is very interested in women's issues and is studying gender and ethics at university. I asked her what she would consider was shameful for young women these days. She agreed that menstruation definitely was. She added that rejection was another, be that in the context of a relationship, education, employment or whatever. She also felt that one's body could be shameful, especially you are overweight. Would you agree with this analysis or would you have other ideas about what is considered to be shameful in today's society?

But what was the most special thing about this evening was that I was able to spend it with a woman who has the same interests in women's issues as me, is intelligent, articulate and insightful - my daughter! How blessed can a mother be!?

I think my argument is that shame has become much more individualised - smoking, obesity - and is less to do with interactions between people - though I'm obviously trying to think through these things.
The second theme was shame attached to disabled children.
Thanks for coming and thanks for your thought - I really appreciate it,
Best,
Barbara

I agree with your comments about how menstruation has tended to become shameful in our society. One only has to read "The Red Tent" to make us realise how our current society and culture's attitudes have changed. I'm not suggesting we need to retreat to a red tent during this time (but could be a nice way to get a rest!!), but I do think that educating our daughters that this is a normal and natural life event and something to be celebrated, not hidden away or be ashamed of, would hopefully in some small way help change society's views. I wrote an essay on this in first year for the Women's Health paper and was in it 'boots and all' and really made me look at how society views this natural event which as you say is a sign of our fertility and should be celebrated!

The wording and packaging on commercial products barely even mentions what they're actually for now!
Getting down off my soap box now!
Megan

I was reading a book about bringing up boys and the author talked about celebrating events like the start of menstruation and puberty, so I tried to make a celebration of those events. The kids didn't care as long as they got a free meal out!!