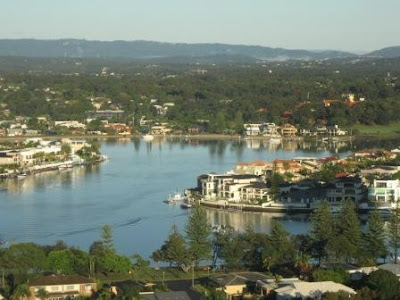 I've just got back from three days in Surfer's Paradise, Australia, attending a conference organized by Aged Care Queensland for community care organizations. The main reason for me being there was because I was asked to present a talk on how web 2.0 and social networking can be used in practice - more on that in another post.

Conference themes
I had a wonderful time as everyone was very warm and welcoming. It just emphasized that whilst I am a midwife and the people I met were mainly working in the aged care sector, as health and social workers we have a lot in common.

One of the main themes of the conference was how we can support staff in a way that will improve recruitment and retention, which is an issue in many professions. We discussed how we can attract and support young people into health professions, with one new initiative being the Joeys - Baby Boomers Group which has been convened on Facebook by Todd Paterson. I am wondering if we should start a similar initiative for young midwives in New Zealand. 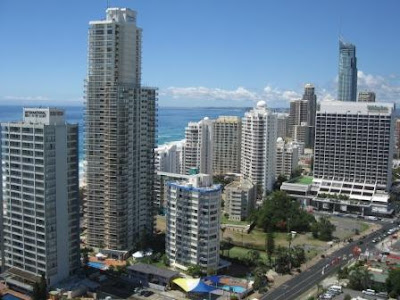 Responding to changing environments
There was a lot of talk about how we can look at alternative ways of providing support, mentoring and education in this day of increasing financial pressures and rapid change. And this is where my discussion of changing attitudes to learning, professional development and communication was of interest. I was really impressed at how open people appeared to be to new ideas, and the recognition that there has to be adaptation to changing conditions in the workplace, and global context.

Cultural competency
One of the sessions that interested me was led by Jenny Bray who talked about cultural competency. Jenny feels that we cannot be culturally competent unless we can transfer our communication skills and 'way of being' across all cultures, as opposed to one specific culture. What was interesting for me was to compare how the talk about culture in Australia was very much focused on the many cultures of migrants to Australia, as opposed to our emphasis in New Zealand on the culture of our indigenous people, the Moari, in New Zealand.

Taking charge of one's destiny
Another theme of interest to me, both on a personal and wider educational level was how people should be empowered to take charge of their own destiny and learning, as opposed to being told what to do. I know that's not rocket science, and hardly new news. But it was good to have it emphasized, and in a different environment and context to the one that I usually sit in.

Micheal Buck's master class on coaching didn't tell me anything I didn't already know. But it did emphasize the power of open questions that guide people to come to their own understanding, decisions and learning (a skill I can always strengthen), as opposed to telling people (students and my own children especially) what to do.

The challenge for me personally that came out of the master class, was that if I want something to happen or I want to change, I have to make it happen, as opposed to waiting for it to happen to me. And that may well mean that I need to think outside the square about my future and where I am heading in my life. 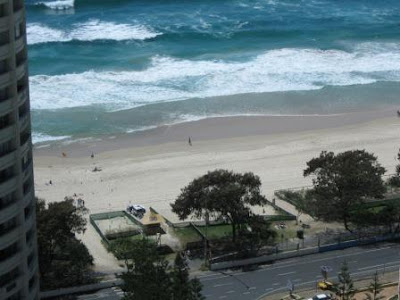 Having fun
So I had great fun, and bought myself an Asus eeepc 1000H lap top, which is a luxury, but will be much easier to travel with. So, thanks to Michael Rees via Twitter, who gave me the tip about where to get a bargain.

I met some fabulous people, did some great networking, and enjoyed hearing about the challenges and triumphs of working in another area in health other than my own. After all, it might be me needing 'aged care' in the years to come.