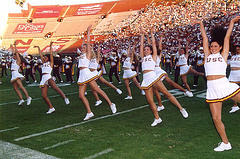 Again, in response to Darren Rouse, here is a review of my most popular posts in 2007. This is based on the most number of visits, comments and my own personal learning.

The best personal posts were the ones where I hashed out issues of my own identity as teacher and midwife, both virtual and 'real-life'. These have been posts in which I have looked at issues that have been ongoing for me for some years, so processing them in this written form has been extremely productive. I have been able to move on because I have processed the issues, put them out for comment and archived them so if I ever want to look at them again I can, which I probably wont because I have moved on. Very cathartic and constructive!

Probably my best post was the one in which I talked about making comments. It came about in response to a discussion on Michele Martin's blog "Six Reasons People Aren't Commenting On Your Blog". Michelle wrote a follow up post in which she quoted my post, so I had a lovely number of visitors and comments. What was particularly exciting for me was that I have now made connections to people I would otherwise have not heard of such as Joanna Young, who writes about writing. This has been very exciting and a wonderful example of how blogging promotes networking.

What were your best or most popular posts? What were the best posts you read on other people's blogs?