Paying for your caesarean section 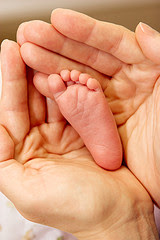 An article in yesterday's Sunday Star Times discussed the evidence from several studies that both women and babies suffer increased risk of death as a result of cesarean section. In particular, babies are much more likely to suffer with problems with their breathing, especially following elective (planned/booked) cesarean.

The thing is: what do you call a 'non-medical' reason? If elective cesareans go the same way as induction of labor, it will be very easy for women, midwives and doctors to come up with a justifiable reason. Whilst induction of labor is only supposed to be carried out for medical reasons, social inductions are carried out all the time - to suit medical staff as much as women.

I certainly strongly support any move to lower cesarean section rates. I have a sympathy for the view that women who are members of the 'too posh to push' brigade should pay for their operations. However, I believe that it is vital that 'poor' women are not discriminated against because of their financial status. I also have concerns that the reasons for women's particular beliefs about cesarean are not fully explored and dealt with. As midwives and health professionals, we should be asking ourselves what it is we do to influence women into believing cesareans are the preferred mode of birth?

What I believe is vital is to ensure that women are well supported to achieve vaginal birth in the most holistic way available, so that scare tactics around vaginal birth are recognized as such. This requires midwives to be totally committed to normal birth. The question is: how committed are midwives (and women) to normal birth, or do elective procedures like induction of labour and cesarean suit us too much as a means of controlling our working and personal lives?

What do you think? Do you think women should have to pay if they request cesarean sections for no specific medical reason?

If you are a midwife, how often do you see women requesting elective cesarean sections?

Email ThisBlogThis!Share to TwitterShare to FacebookShare to Pinterest
Labels: birth

Hi Sarah, I like the new look to your blog: very clear and uncluttered but still cheerful!

You may have seen I posted about caesareans recently because I was amazed to find how many of my yoga friends had had them. It was my usual anecdotal stuff but I hope it added to the debate. Only one woman described her section as elective, but she said it was because of a medical condition. I hope some midwives post comments because the women I know tend to be of a socio-economic class and an age group that are more committed, I think, to natural birth. My impression is that attitudes to cesarean are quite strongly conditioned by age and class, as are attitudes to epidural and other forms of anaesthetic or analgesia.

Sarah -
I'm one of the few edtech geeks equally interested in your midwifery topics as well :-) I'm in complete agreement with you - if a woman chooses a c-section for a non-medical reason (which I don't think should even be allowed in the first place) she should have to pay. I'll spare you my rant, but in the US, health insurance is barely affordable as it is, and elective c-sections are just one more thing weighing the system down with unnecessary costs. I can't say that I believe (or practiced in my own experience) in only advocating completely natural births, but I do feel c-sections are something that can, and should, be avoided except in completely medically-necessary situations.

For the second time in a week, paying for 'a bundle of joy' is in the news this week on the Canadian Prairies.
First, a couple where husband was from Manitoba, American wife... came back to Manitoba to have the baby from teaching abroad... having to pay 10 thousand. *for those who don't understand the horror. We have universal healthcare in Canada and our midwives in this Province are covered under our Provincial healtcare as well(not so in all Provinces).
Next up... some poor sap whose wife is not a Canadian resident either in Saskatchewan. Their baby is scheduled to come next week... 20 thousand. I do not know why she has to have a c/s... though she was a typical poster girl for one.
Under 5'6"
Small build
In a new relationship
'Surprise' pregnancy
Can't speak to her foot size (we all know that one don't we?!) but I'd venture to guess it was size 6 or smaller.
and on and on it goes...

If that one is elective. I say pay it or you should have moved her home 90 days in advance of your 'surgery day'.

I've been totally schadenfreu-delighted that the superstar Christina Agularia ... no I don't know how to spell it... is 'still really sore, and she is surprised by that'. She comes under the tagline of dumb people giving birth in my world =)
So yeah... you want to have major abdominal surgery... pay for it. Other than that get an epidural if you are so intent on enjoying a pain free birth.

My only concern about this, as I said in my post, is making sure we really understand the reasons why women choose to have C/S, especially if they are repeat. To be honest, I have seen such horrific forceps & ventouse births as well as emergency C/S, I am not surprised that some women opt to have elective C/S next time round.

For women such as these, we need to spend time to explore their feelings and ensure they are fully supported by things like one-to-one midwifery care and birth plans so they achieve as near to the birth outcomes as they desire.

I don't think there should be an option for women to elect this surgery without clinical grounds. if they can they should pay the full cost. This option to elect surgery and at no cost does not exist in any other area - why is C/S the exception? And what is the full cost (social as well as financial and medical) for allowing this choice? People in other areas requesting surgery out of preference would be turned away or not even taken seriously so why is this different?
This unneccessary and unsafe surgery clutters up our health system, misuses public money and deprives thse in genuine need of health care that option. It seems unethical and irresponsible.
Rae

hello Carolyn - yes that is the rhetoric and I'm afraid I find it a rather lazy one. how many health workers (midwives and obstetricians) actually put time and energy into working this issue through with women - and why would they dedicate time to doing so when a free C/S is just there for the taking?
It is a midwives job to respond to a woman's expression of anxiety around childbirth with more than an "I'll book you in to the local obstetrician then" approach - I think this is an area of practice we do very badly. probably for multiple reasons - but one of the reasons is a lack of social and political debate and understanding about the issue of choice.
Rae

I think we need to acknowledge anxiety as a normal aspect of childbirth - not something in need of obstetric intervention.
Rae

Anxiety, yes. But fear that is the result of previous bad experiences is not normal. And whilst it does not obstetric intervention as such ie repeat C/S, it does need intervention of some sort.

I am 17 weeks pregnant and am seriously considering a "elective" c-section. It isn't so much out of fear of pain but more like the fear of morbidity. I have had significant difficulty breathing and a constant low grade fever since I became ill with a cold during my 6th week. I understand breathing will become even more difficult beginning week 18. I can't imagine it being any worse not to mention being instructed to breath deeply and slowly while giving birth. My particular OB/Gyn is pro-vaginal child birth, furthermore has no clue about anything above the uterus, as he has kindly reminded me twice. It would be very difficult for him understand that I feel a c-section is medically necessary due to my breathing difficulty and to the fact that my Internist/Infectious Diseases doctors haven't been able to conduct all the tests they would prefer because I'm pregnant. This should be covered by my health insurance -- it will not be however! Sure there are some people who would abuse the system, but in general women know what is best for themselves.

Also the game of statistics is a tricky one to say the least. When I hear the nasty statistics concerning c-sections, I only wish they were divided into separate figures, planned c-sections, and the last minute emergency type - I bet they are vastly different although each still has risk.
Reminiscent of that shark bite/attack statistic, which says people are more likely to be struck by lightening than to be bitten by a shark - the statistic assumes everybody has the same exposure to swimming in the ocean as they do to lightening - only a small percent of our population have ever been in the ocean, but everybody has been caught in a lightening storm. A heavily distorted statistic.

Thank you, anonymous, for your comments. I wish you lots of joy with your new baby when he/she arrives.

You are right that outcomes are much better for elective c/s than emergency c/s. However, it is a major operation and has associated risks.

Ultimately, the decision you make about your birth is up to you and your doctor/midwife. All I want to do is make women aware that having a c/s has serious implications and they shouldn't take the decision lightly.

At the same time, as health professionals, we have responsibilities to ensure that we facilitate normal birth in a way that makes it an empowering experience for women, both physically and mentally.

As I said, best wishes for the future. Pop by when you've had the baby and let me know how things went. cheers Sarah