Are you an interfering midwife? 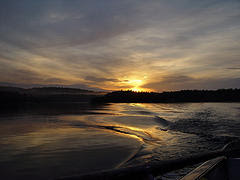 The sad news of the death of a dear midwifery colleague of mine, Tricia Anderson, has made me reflect on her life as a midwife and in turn reflect on my own life, especially as she was the same age as me. Tricia was an inspiration to me and many other midwives. She was a great advocate of normal childbirth and breastfeeding. She was extremely articulate and could cut to the bullshit, but in a way that did not offend but rather was challenging in a supportive way. She had a fabulous sense of humor, and was passionately committed to the women-centered midwifery care.

Tricia and I worked together in Salisbury, UK, in the early 1990s. I remember how excited we were when the 'Changing Childbirth' report came out in 1993, the first of its kind from the government that supported women-centered care. This was followed by meetings with the midwives who had set up caseload midwifery in London. Tricia and I were amongst the midwives who campaigned for caseload midwifery at Salisbury but unfortunately, the manager of the maternity unit at the time was not very open to the idea. Tricia went on to work in Bournemouth as a lecturer and independent midwife. I came to New Zealand to carry out caseload midwifery in Gisborne*.

What I especially valued about Tricia was her writing skills. She wrote many articles and book chapters but the one I really remember and made me think hard about my practice, was an article I still recommend to all students and midwives about what is midwifery intervention and how it affects the outcome of labour and birth.

Now I know we all are aware of medical interventions such as induction of labour, epidural, artificial rupture of membranes and so on. But do we think about the actions we consider as 'good' midwifery actions as interventions, and consider the effect they may have on labour? For example, positively reinforcing spontaneous pushing; placing a warm compress on the perineum; even physically 'being there' with a labouring woman; asking the woman to change position; encouraging woman to have 'skin to skin contact' with baby. In Tricia's article, she examines what we do as midwives and leaves us with the challenge to think about what we do: are we being interfering midwives to the detriment to the outcome of a woman's labour?

hi sarah
sobering - the sad thing for midwifery and women (and everyone else...) is that now we will be without further words and ideas from the clever Tricia Anderson. The good thing is that her wisdom and ideas will remain past her death thanks to her writing and hard work. Like you i always like her perspective on midwifery matters - so I just feel fortunate that she was. Lets make the most of her valuable insights.

Yes, it was a very sad day when she died, but she left a wonderful body of work to continue inspiring us.

The somber thing for me was to think what kind of professional legacy I would leave the midwifery profession if I were to die now. Nothing as momentous as Tricia.

My fondest memory of her was when we shared bunks at a 'Midwifery Today' conference in Holland - she was always up for a joke.

I love the way she stepped outside of the usual examination and critique of obstetric practices - to focus on critiquing or reflecting on midwifery. We are so swamped by the impact of obstetrics that this is really hard to to do - ie it is really hard to focus exclusively on just midwifery for long. A real reminder to us that we carry a significant burden living in an obstetric world as we do. obstetrics can subsume us - just as patriarchy has subsumed women. Unraveling this is one of my favourite parts of being a midwife.

Absolutely agree! It is very easy to get distracted into critiquing obstetrics and sometimes I think we use it as an excuse to avoid looking at our practice-what we are responsible for.

This is why I love this particular article because Tricia took us right back to midwifery basics, and makes us think even about the things we do on an everyday basis without little or no thought, critique or understanding.

I like that comment - I don't think too much about my long term professional legacy - but now i might.
Makes me feel a bit inspired to get some things out there - we have plenty of important things to say as midwives and we certainly work in an area where normality is so threatened that what we have to say matters.

I have been thinking about this a lot recently, especially following a conversation I had the other day with another midwife. I want to speak out about things in a national forum, but always find excuses why I can't, mainly that speaking out will make people think I am a trouble maker and that it may harm my career.

But I am thinking that if none of us do speak out, nothing is going to change. So thats my challenge, amongst many, to speak out in a way that will hopefully encourage discussion about what we do as midwives in New Zealand.

Maybe we have become quite seduced by critiquing obstetrics and the obstetrical way of regarding women and birthing. maybe we have felt this urge as obstetrics often crosses the boundary and impedes on normality without evidence to support the intrusion. However we do need to be conscious of not spending all our midwifery energy in this way as it shifts our focus from exploring, understanding and developing midwifery - and that is just a further cost to midwifery and ultimately women.
I think in NZ currently a great deal of midwifery time is spent explaining obstetrics to women. I kind of resent that. I just see all these midwives doing this work for the obstetricians and it makes me wonder ? why are we doing that?
I wonder do the public really expect us to come by and teach them about obstetrics? I'm quite conscious of filtering conversations into a chat about midwifery but it amazes me how it often deteriorates into a chat about some obstetric procedure.

I totally agree but how do you think we should/can manage that?

Thats the big question isn't it...maybe the first thing is to raise the consciousness of midwives - so they become a bit more aware of the pervasive nature of obstetrics, conscious of how they work with that in their practices with women and how being a midwife in a climate that privileges medical hierarchy affects their practice and the decisions they make.
Conversations like this are probably quite helpful.
Maybe midwives just need to take more ownership of the midwifery and leave the obstetrics to the obstetricians? I think the midwifery identity in this country is still evolving and for many of our midwives - trained as obstetric handmaidens - this is quite a painful journey or one they are unwilling to take.
For those who do want to become de colonised or establish a midwifery identity - there are obstacles to battle - threat of litigation? thraets that our profession will lose ground publicly or become unpopular (do women really want to know that the safest way to have a baby is to stay home and go without medical pain relief? Are women going to believe that they actually can do this?)